-A A +A
Nora Poloni-Gallagher - ARK Research Associate, PhD student.

Nora Poloni-Gallagher joined the ARK team as a Research Associate. She will start her PhD at Queen's University in September 2022 researching algorithmic regulations in the public sphere. Nora is an early career lecturer at Ulster University at the School of Applied Social and Policy Studies. Her research interests include gender equality and social policy.

Alexandra Chapman is an early career researcher and lecturer at Ulster University, School of Applied Social and Policy Studies. Her research interests are in the area of adult social care, childcare and family policy.

Her PhD on adult social care was supported by the ARK Ageing Programme. Her work has been published in Journal of Poverty and Social Justice, Journal of Integrated Care and Health and Social Care in the Community.

Sinead works as part of the ARK team within her role as clerical assistant in the School of Applied Social and Policy Science at Ulster University. 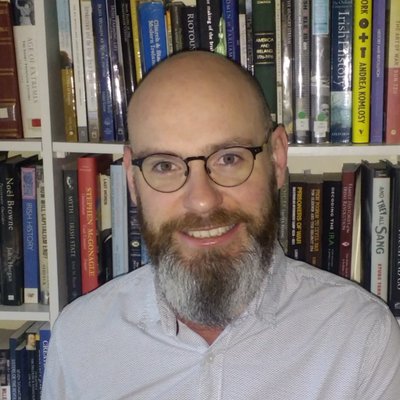 Adrian Grant is a Lecturer in Politics at Ulster University and is currently the CAIN Transformation Project Lead. His current research focuses on the everyday experience of conflict and division in urban settings. Much of his work focuses on the conflict in, and about, Northern Ireland. He has worked extensively in research on the legacy of conflict, particularly on the role of oral history and urban policy in addressing division.

Ann Marie Gray is Co-Director of ARK, and Professor of Social Policy in Ulster University. Her research interests are in the area of health and social care policy, policy making in Northern Ireland, gender and social policy and social attitudes.

Dr Martin Melaugh is Director of CAIN (Conflict Archive on the Internet; cain.ulst.ac.uk). CAIN is an associated project of INCORE and ARK. Martin previously worked in the Centre for the Study of Conflict at the University of Ulster.

Dr Lynn is Deputy Director of Conflict Archive on the Internet (CAIN). A graduate of the University of Ulster, he has taught history at the same university and at Queen's University Belfast.

Goretti Horgan is Policy Director of ARK, and a senior lecturer in Social Policy at Ulster University. Her research interests are child rights and women’s rights, especially child poverty, welfare reform and poverty among disabled people.

Gillian Robinson is Emeritus Professor of Social Research and ARK Associate at Ulster University. Based in the School of Applied Social and Policy Sciences, Gillian worked with colleagues to establish ARK as a cross-university resource (with Queen’s University Belfast) providing access to social and political information on Northern Ireland in 2000.  She has been involved in the monitoring of social attitudes in Northern Ireland since 1989 and was co-director of the Northern Ireland Life and Times survey series. She led the ARK Ageing Programme at Ulster University.

Gillian co-ordinated the Accounts of the Conflict project www.ulster.ac.uk/accounts, a digital archive of personal accounts of the conflict in and about Northern Ireland. This archive is a valuable new addition to the CAIN (Conflict Archive on the Internet cain.ulster.ac.uk ) web resource. Gillian worked closely with INCORE (International Conflict Research Institute www.ulster.ac.uk/incore) where she was Director 2003-2008.

Her research interests include peace monitoring, social attitudes, gender roles, policy development in transition and research methodology including issues around researching violent societies and comparative methods.  She has published extensively on these issues and has led teams that have developed over 40 online publicly accessible databases. She is the 2003 Eisenhower Fellow from Northern Ireland.